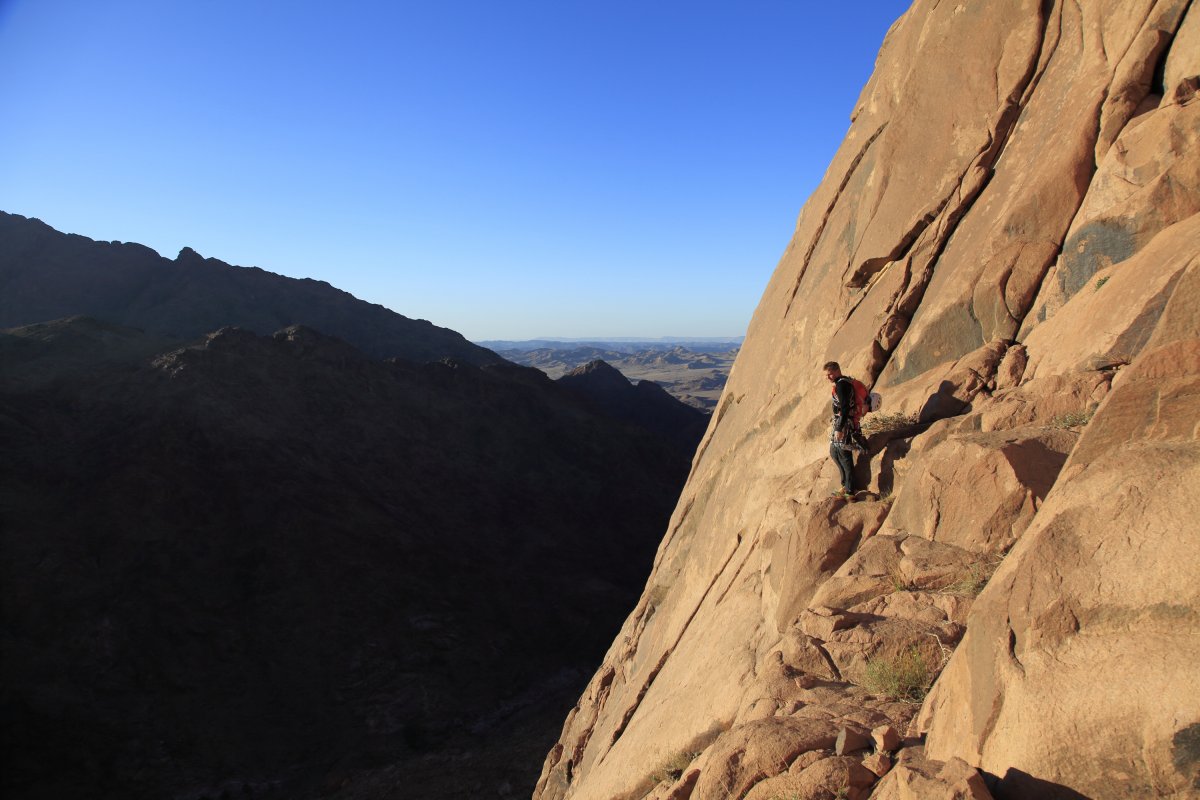 Mike Hutton re-counts a tale of adventure in Egypt’s land of granite.

After venturing deep into the Sinai desert in the dead of night, I lay down completely exhausted by travel and quickly collapsed into some drug-induced coma. Then after what seemed like an eternity I awoke to the familiar sound of the “Call to Prayer”. Very soon I was about to witness a landscape that would captivate me for many years to come. As I stumbled barefooted across the freezing sandy floor with my Bedouin blanket wrapped tightly round me there was an eerie silence in the air and every sound was muffled. There was a good scientific explanation for this; it had snowed heavily during the night. Snow in the desert a mere three hours from the scorching red sea, how could this be possible. I was greeted by children eagerly building what perhaps was their first ever Bedouin snowman in the middle of what normally was the football field. Camels struggled to stand whilst people huddled by fires of eucalyptus wood and drank tea in an attempt to word off the extreme bitter cold.  The mountains that guarded the ancient monastery town of St Catherine’s were angry and symbolised an adventure was in the making. Just how much climbing would feature in this trip was uncertain and at this particular moment in time we would be lucky to get out of the front door let alone trek into the middle of the desert. 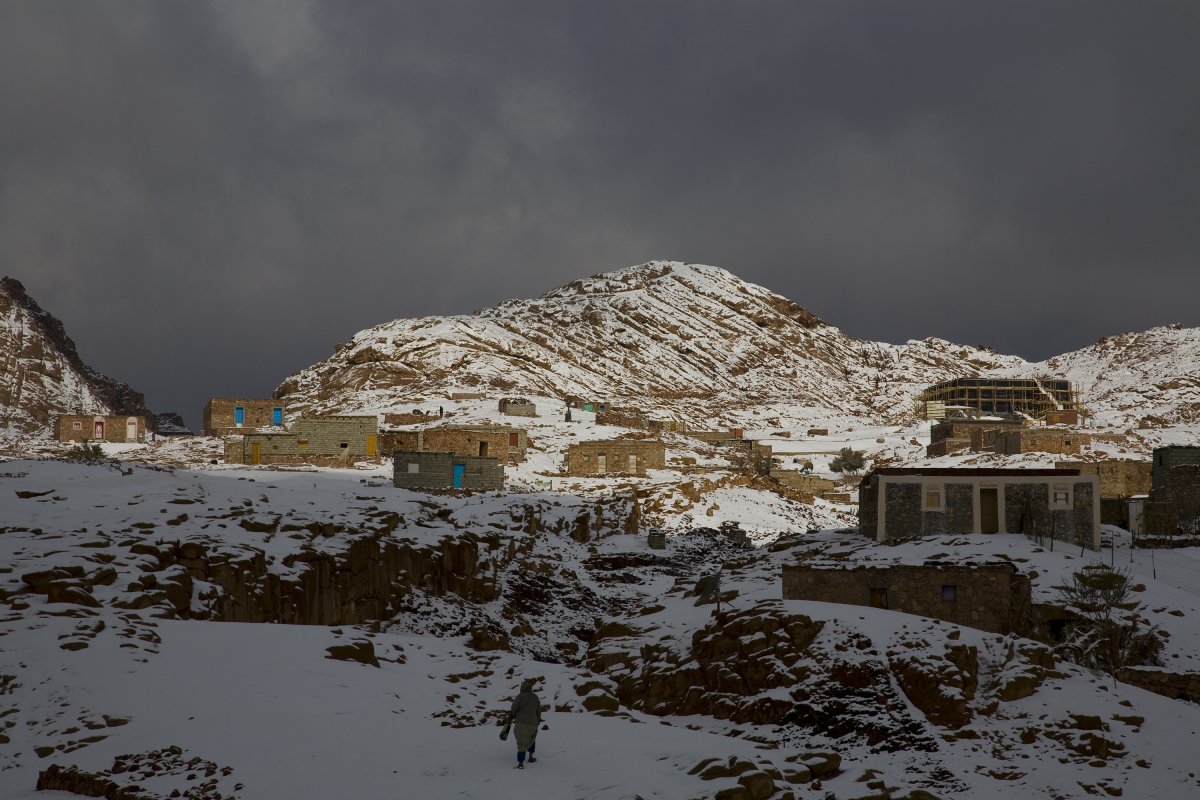 That’s the great thing about an exploratory expedition. It forces one to quickly adapt to changing circumstances and often the trip can end up going down a direction that you never would have imagined. The snow was actually the best thing that could have happened to us as it forced us not to rush. After exploring the town it soon became clear the remarkable Jebeliya Bedouin tribe that occupied this neck of the Sinai were made of sturdy stuff and lived a basic life of survival rather than one of luxury. They were warm and just wanted to share their stories with someone who had time to listen. 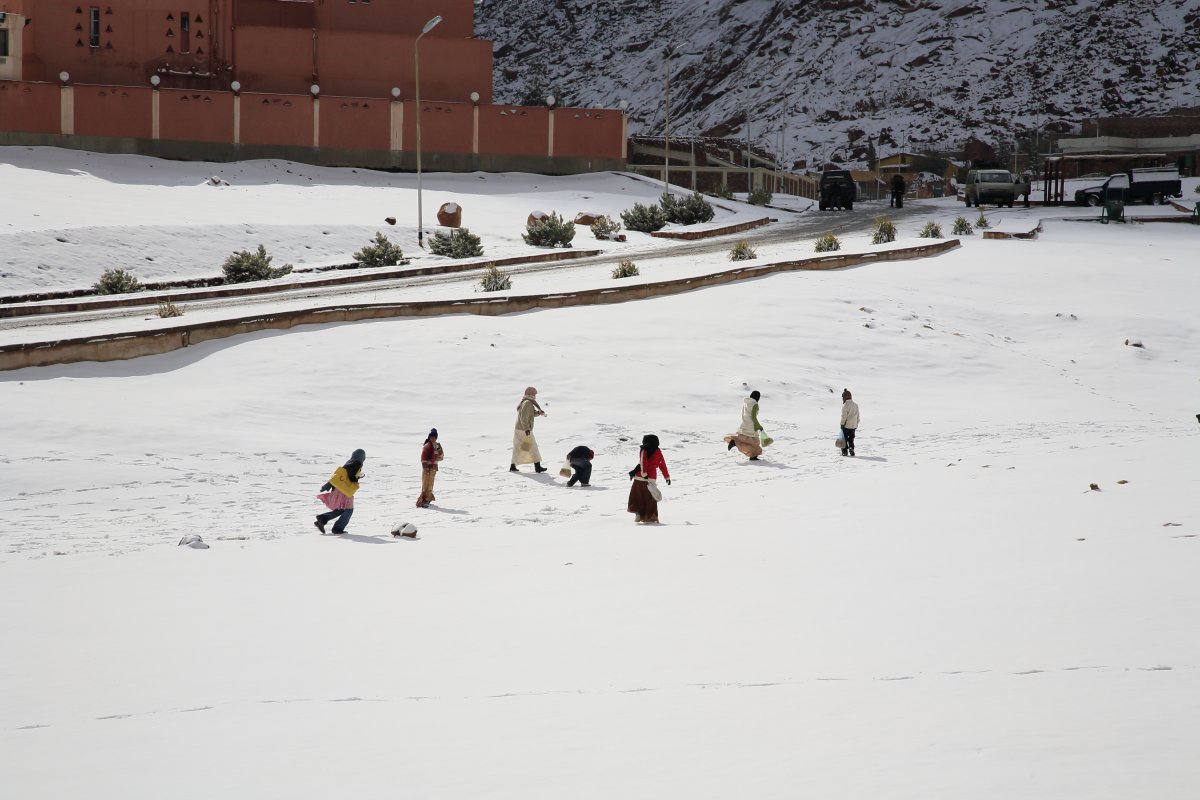 By the next morning the ferocity of the snowstorm had relented sufficiently for us to take a different route into the hills. We loaded camels with dried meat, rice and blankets and with our Bedouin friends headed out into the high mountains. The peaks of Jebel Safsafa, Fara, Rabba and Musa all glistened as the sun forced a melt like we had never seen before. The Wadis that were home to the Bedouins aromatic herb gardens were soon to be replenished with moisture as the over-flowing pools created water falls in the very creeks and canyons we were moving in. By dusk we had reached the base of the pink granite cliffs of Jebel Umma H Shaur and had built a roaring fire to see us through the long winters night in a secret cave known only to the Bedouins. As the whiskey flowed we listened to tales of gold caskets, kidnappings and ancient palaces. Our friend Dave told us that on a previous trip the Bedouins had told him that a great chest of gold had been left many years ago on a ledge high up on one of the nearby red granite cliffs. Mohammed his friend at the time had offered to accompany him to the cliff in an attempt to rescue the gold. Sure enough when they arrived Mohammed pointed up to what resemble a box some 100m up the cliff face and insisted they abseil in from the summit. Unfortunately all that they found was a box shaped rock and no gold. The real treasure lay though in the pristine crack line that turned out to be one of the best rock climbs in the area. Beyond the cliff of gold was rumoured to be an even grander cliff going by the name of Jebel Naga. After a days trekking through groves of almonds, figs and pistachio we caught our first glimpse of this monstrosity of a mountain. Unfortunately for those present this was the last day of the trip and reluctantly I had to turn my back on this mystical peak. 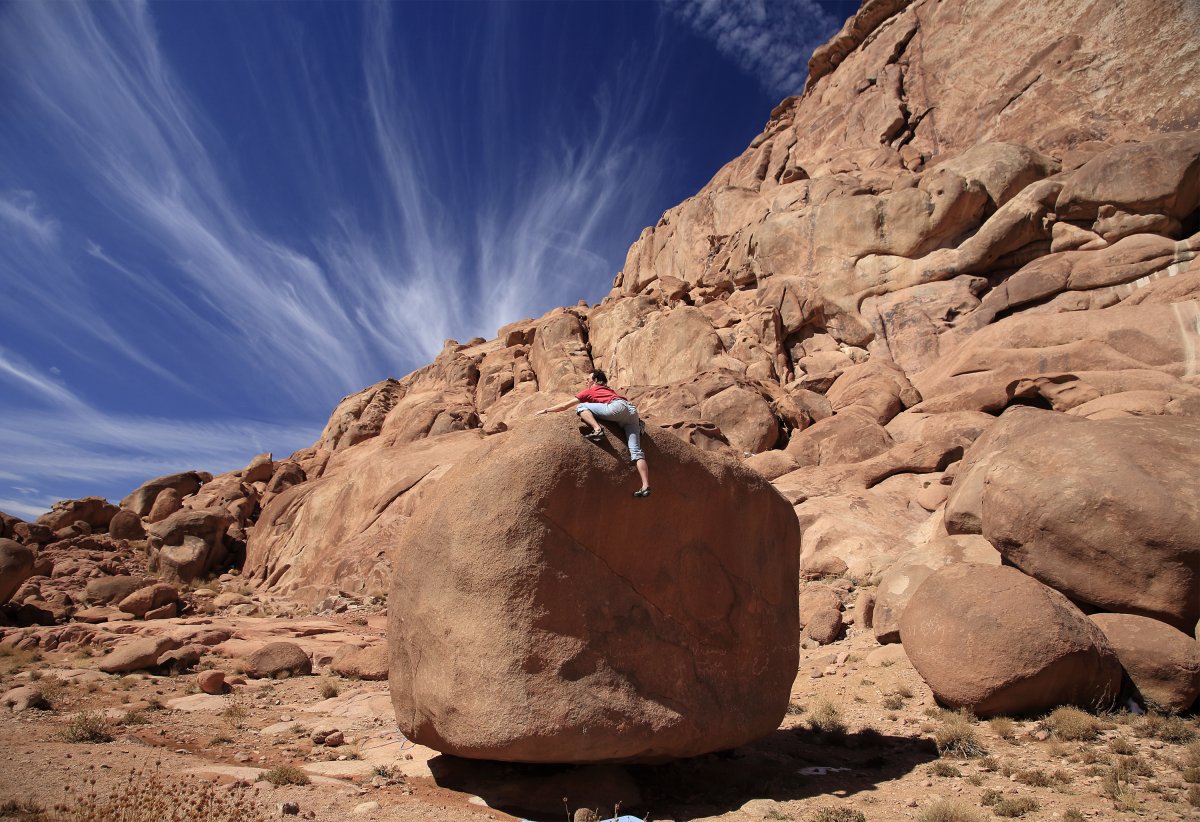 Fast forward a year and we were back in St Catherine’s with a thirst for another adventure. The memories of the previous trip had haunted us all year long and I often had dreams of nights spent out under the big desert skies with our newfound Bedouin friends. As we huddled by a roaring fire, faces glowed with excitement and plans were made to follow a new route to the base of the cliff. My friend Martin recounted a tale where him and his girlfriend had tackled the shorter northwest face. Unfortunately they didn’t make the summit till after nightfall and got hideously lost in the complex maze of wadis with no water or food. A day later they arrived exhausted and traumatized back at the camp. 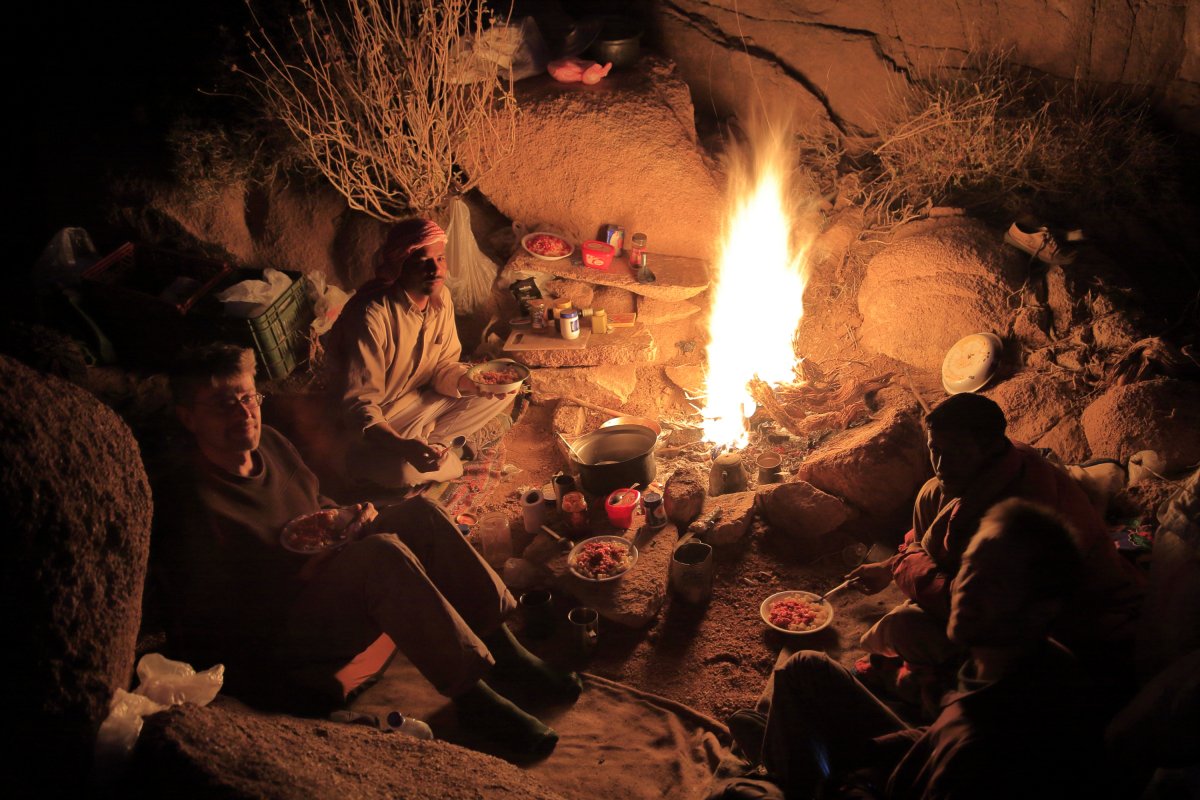 We decided our best option was to travel by jeep to a minor village on the edge of town then trek through various Wadis and canyons to the gardens at the bottom where we would set up our camp for a week. The Camels and supplies would then arrive that evening but they would take a longer less technical route round the back of the mountain. As we scrambled over boulders, through wadis and down narrow sided gorges it was like we had entered a forgotten world. Definitely not a world devoid of life like some of the drier deserts I had visited. Hyrax, Leopards, feral donkeys and mountain goats all co-existed in this delicate eco-system. 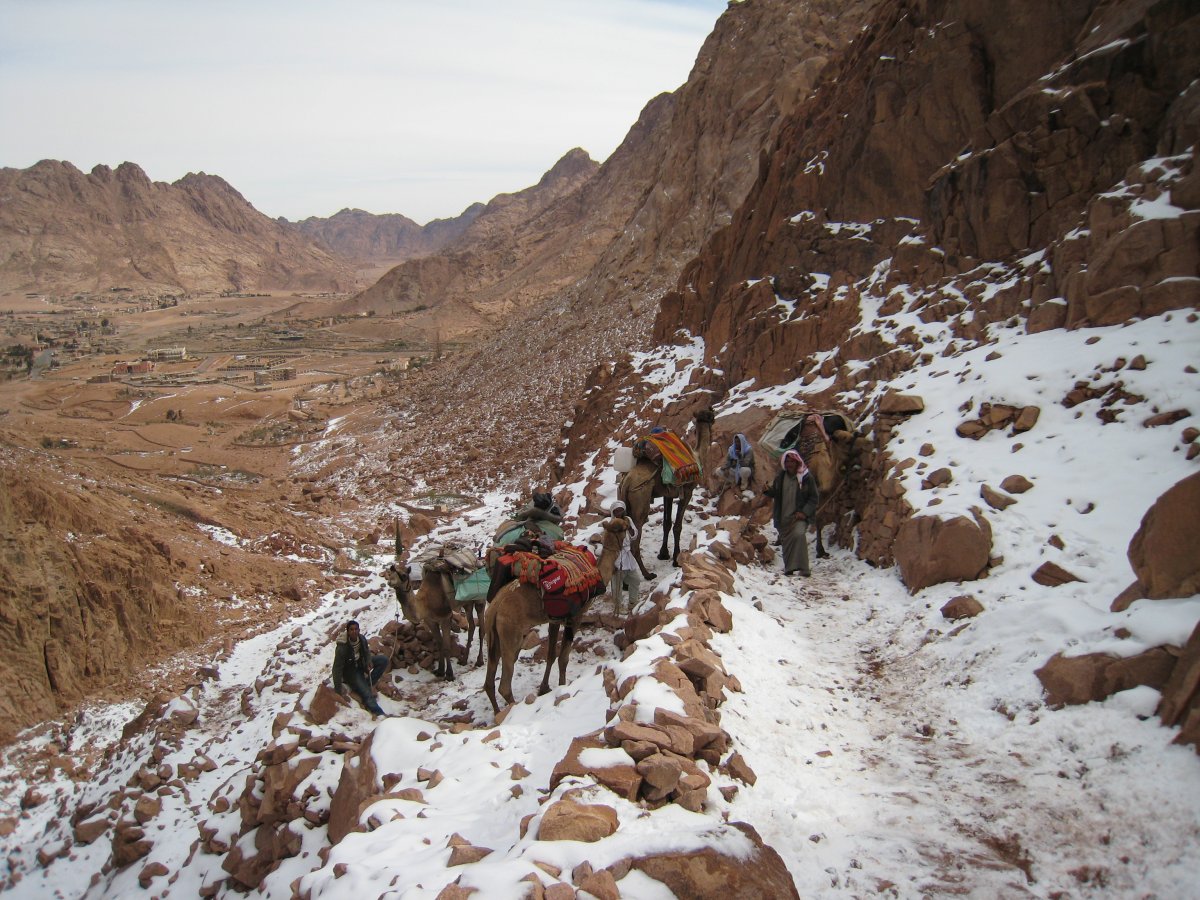 Soon the floor was littered with a carpet of opium poppies and our guide beckoned us all to a standstill. It was peak season and a couple of gardeners were watering their crop through a complex network of pipes in preparation for the first harvest. Words were exchanged and soon we were beckoned to join the growers for a much-earned cup of tea. Tensions soon eased and a young man smiled at us through a very black set of teeth as he poured water from rusty petrol can into the soot stained pot on the fire. I was surprisingly granted permission to take photos so long as I didn’t point the camera at anyone’s faces. 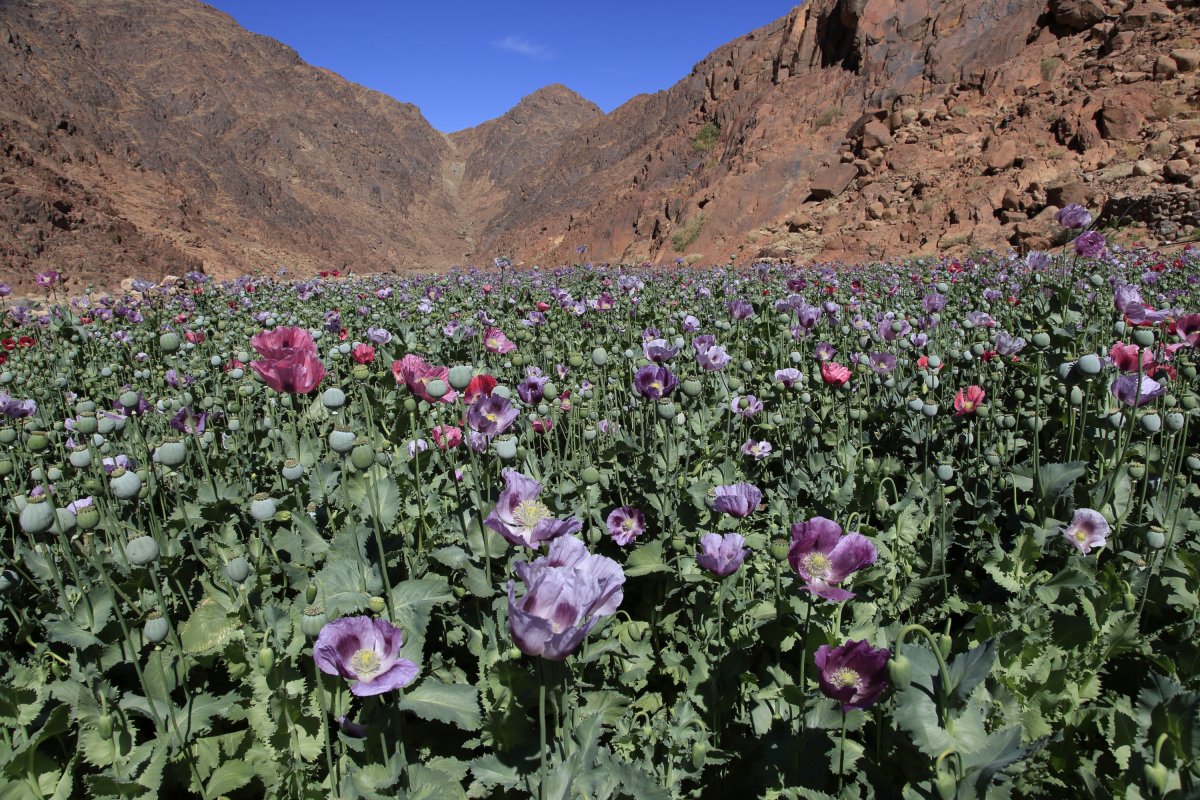 Suitably revived from copious amounts of the sweat goodnss we pushed on through the multi-coloured gardens till we reached our camp for the night. Sleeping at the base of the routes meant we were ideally situated in order to scan for lines with a powerful set of binoculars and in the event we never made the summit there was always the opportunity to rappel back down to the security of our camp. Each day we would wake up from a great nights sleep and build a roaring fire in order to prepare our fresh bread for the day. The Bedouins taught us many useful tricks to surviving the harsh desert conditions and it soon became apparent how connected they were with the environment they inhabited. Then when are soles came alive we would trek up to the big red cliff and tackle one of the many crack climbs that existed. The scorching crystalline granite was tough on the hands and gradually took its toll on our pathetic soft skin. Sometimes we could set off on a beautifully sculptured crack that eventually petered out to nothing but a  blank looking slab completely devoid of any real protection apart from the odd sky-hook or two. To push on and risk a big fall was not an option in this remote neck of the woods and we had to think more about survival than our egos. There was no helicopter rescue in this region and the nearest hospital was a days camel ride away followed by a very uncomfortable 4hr taxi journey. Even if you made it alive to Sharm-el-sheik hospital it couldn’t be guaranteed you would leave there alive, as people had been known to bleed to death. 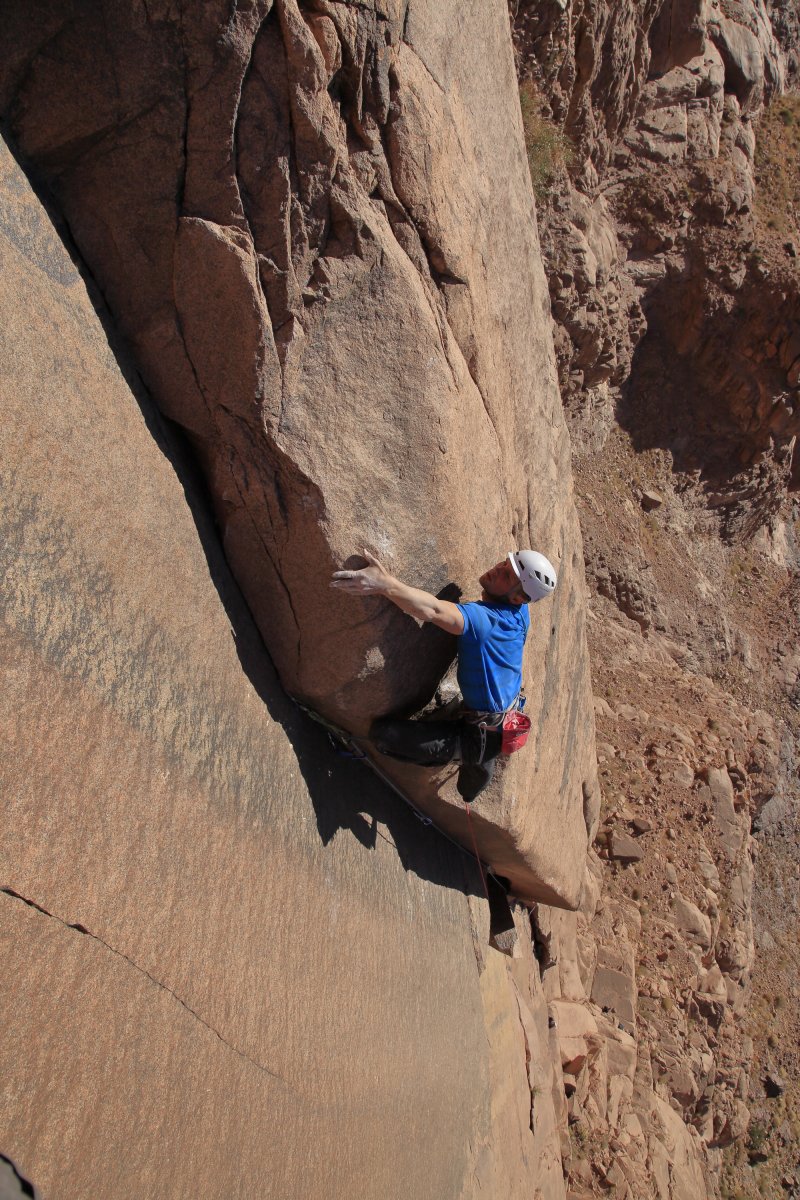 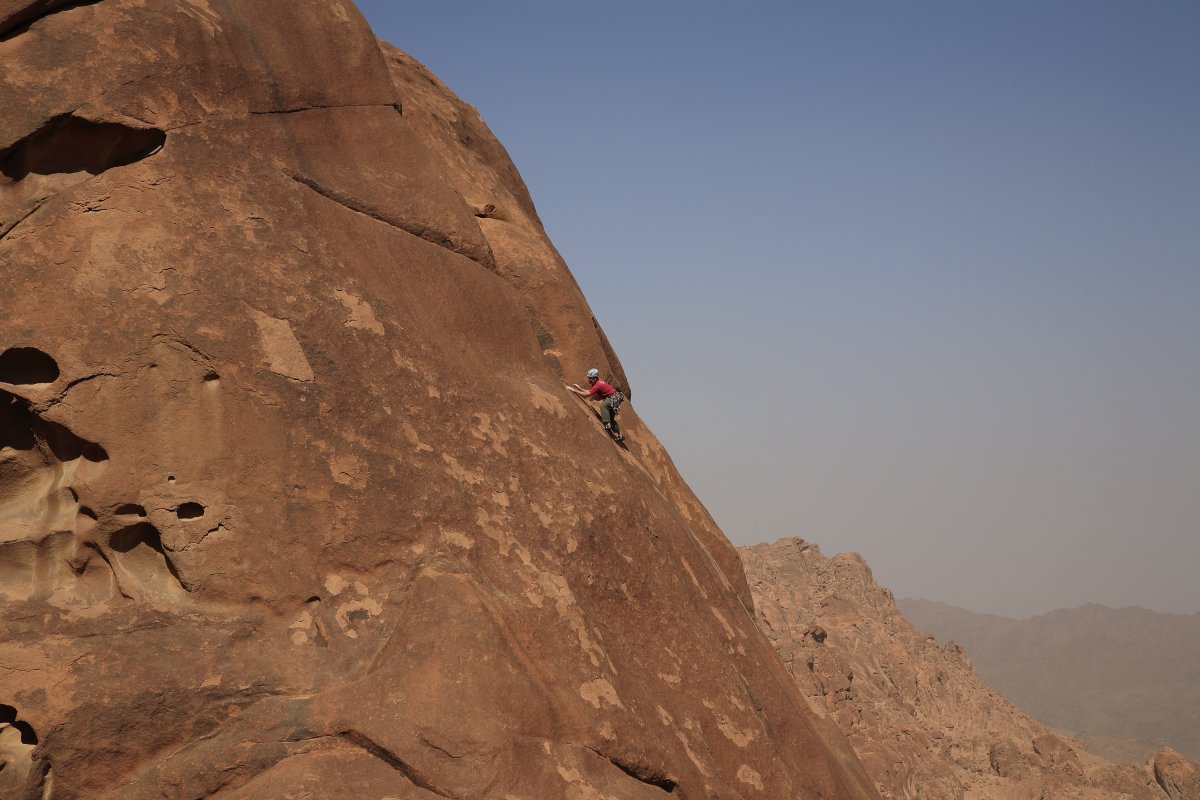 But what we loved about this existence was that everyday was a new adventure and in the end it didn’t really matter whether we made the summit or not so long as we enjoyed the experience.

Days of smashing our bodies into chimneys, clefts and cracks had taken its toll and our battered skin now longed for the soothing properties of the Red sea in nearby Dahab. It was at this point that we reluctantly decided to return to St Catherine’s a day earlier. This later turned out to be a very good decision as completely unknown to us at the time, the Egyptian army had decided to do a raid on the opium gardens and technically we weren’t supposed to be in the region at all, let alone be climbing there. As we hit the dusty dirt road on the final approach to town a series of Toyota Hilux vehicles came racing past the entrance to the canyon. Luckily this was just a warning by the Bedouins that the army was on its way and we needed to be clear of the area.

Counting our blessings we fled over the next mountain and took a different route back to town. 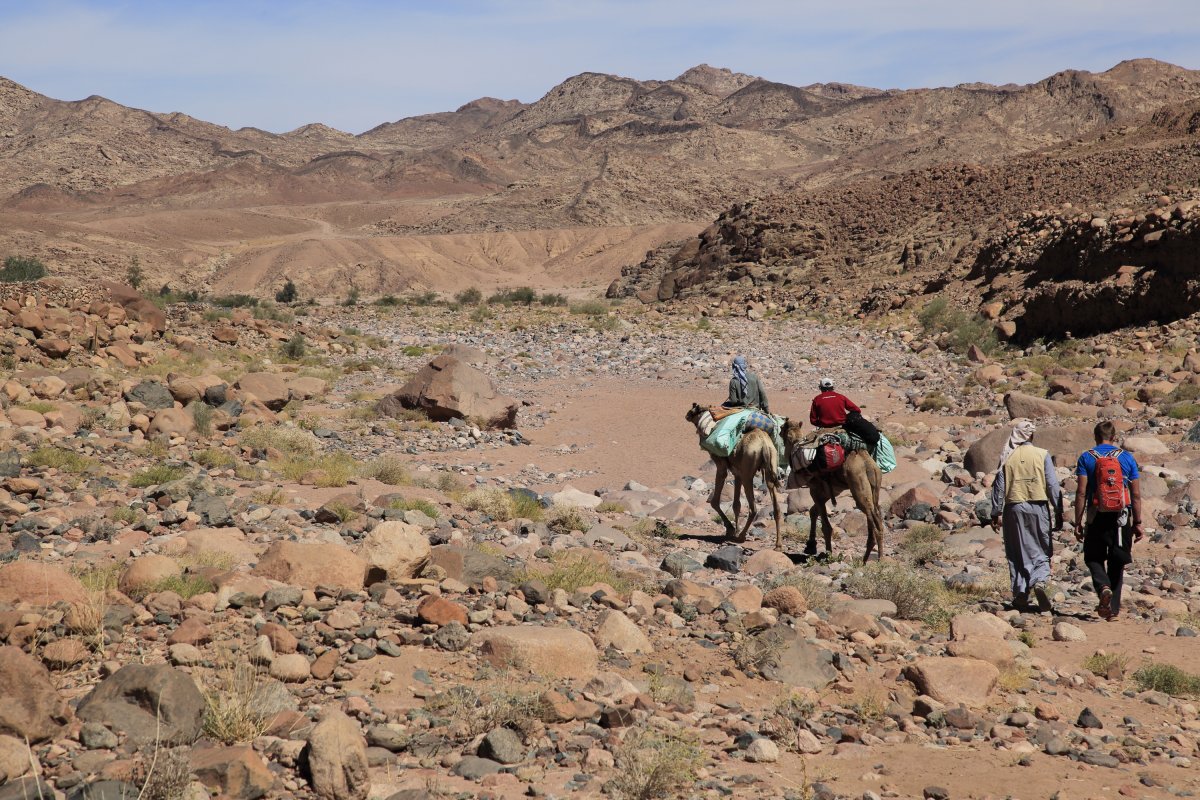 Never a dull moment in the Sinai and already the next trip is in the planning.